A fiduciary is morally and legally required to act in the best interest of their client, putting the needs of the client above their own. There is a moral obligation and a legal one, requiring the fiduciary to act with good faith and the utmost trust to act exclusively in the client’s best interests.

There are many examples of a fiduciary situation, such as a power of attorney, attorney/client, and legal guardianship. Typically, however, a fiduciary is used to describe a relationship in a financial capacity like corporate officers, money managers, executors, accountants, board members, insurance agents, financial advisors, and bankers.

What Is Fiduciary Duty? 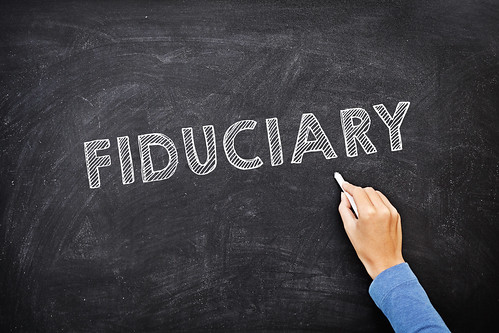 Another fiduciary relationship is that of a guardian to their ward. The guardian exists as a fiduciary and is granted legal guardianship of a minor and becomes responsible for decisions regarding their care, again in the child’s best interest. Agent/Principal is another relationship in which a fiduciary duty is owed. A common example of this duty is between the fund manager acting as agent for the personal investor, i.e., the principal. The fund manager must only make decisions based on the investor’s bottom line. They cannot consider their fees or commissions in any decision.

Attorney/client is one most are familiar with and probably has the most stringent standards to abide by related to fiduciary duty. Every single action an attorney takes must be in complete trust and fairness to the client. Failure to do so finds the attorney accountable to the court.

What Is a Breach of Fiduciary Duty?

Examples of a Breach of Fiduciary Duty

To help you better understand what a breach of fiduciary duty is, here are several examples:

When an employer is paying an employee or even an independent contractor to perform tasks for them, the employer should be able to trust that their best interests will be served. Failing to do that can result in the employer being awarded compensation for damages caused.

Business partners is a situation in which the parties involved owe a fiduciary duty to each other as well as the company in general. Breaches of this fiduciary duty can be:

If a breach of duty case does make it to a court of law, there can be various monetary penalties imposed for any damages incurred along with legal fees and potentially punitive damages. Again, losing a lawsuit involving a breach of fiduciary duty can destroy that individual’s or company’s reputation, effectively putting them out of business. Losses of licensure and accreditations can also occur, causing further damage.